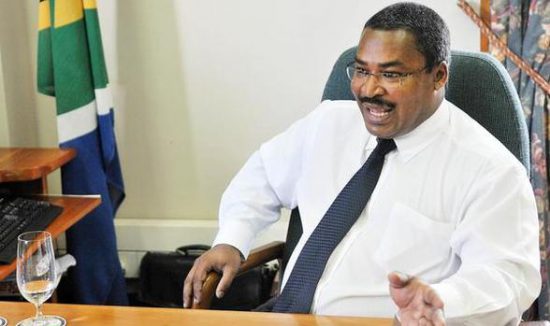 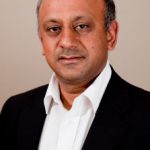 I cannot tell you how much I loved Peter Williams. Together with Rashieda Labans and many others, we were idealistic and romantic in a world that apartheid had stripped of all emotion. We were young, passionate and awake to the world around us. We debated, wrote poetry, acted in plays, wrote essays and manifestos, and dreamt about a life beyond apartheid. We were young and deeply respectful of each other. We endured pain, and we shared music, and on the occasion when we could find some time for youthful love, we taught each other how not to be envious. Actually, to be true, it was always Peter and Rashieda who taught me to be less envious. When we disagreed, which was often, we learnt to love each other even more deeply…it was a love and respect that we carried over in every relation we had in the world, and as Peter always insisted, it was a love and respect that should be extended even to those who did not support our vision. We preserved each other, even when the world tried to destroy our ability to become who we desired to be.

Peter was special. He was uncompromising in his belief in freedom and love. These are not words I use lightly. In Peter’s worldview neither freedom nor love were simply that which was denied to us. Peter Williams taught us that to combine freedom and love one had to struggle at it, make it, believe in it. It was not a matter of a political programme, but a desire for which you had to live. When we went to the Durban COSAS meeting in 1984, he said to me that freedom was easy. Love for freedom was more difficult. Those words are etched in my memory. I have lived by them ever since. I have taken these words into everything I’ve done in my life, as an educator and a parent. Peter was not a programmatic thinker. He was passionate about what he believed. That is why he did not decide his friendships on purely political terms. Friendship was much too valuable to him to sacrifice at the alter of political standpoints. For Peter, politics demanded a deeper love and friendship, one founded in community and making freedom. To put it bluntly, Peter Williams was and always will be a philosopher of freedom. It was a freedom that he professed and practiced in the least likely spaces of apartheid’s making – Athlone – that place of cinema, jazz and politics, where thousands remade their lives after apartheid’s project of forced removals.

It is not surprising that one of Peter’s favourite excerpts came from Shakespeare: To be or not to be, that is the question. He once rewrote this soliloquy from Shakespeare to reflect on his experience of apartheid. It was his favourite teacher, Rita Raubenheimer, who inspired him to try his hand at rewriting Shakespeare, write a play about District Six and to teach us to sing songs that we were unfamiliar with:

Rohlihlala Mandela, freedom is in your hands

Now we say away with slavery

In this land of Africa…

Rohlihla Mandela, Freedom is in your hands

Now we say away with slavery

In this land of apartheid.

Peter taught that song to hundreds of students at Belgravia High. But so much more. Peter taught us to love freedom, to desire it, to make it. He was an optimist in the midst of despair. He was deeply committed to building a non-racial future, based on a humanism that he found abundantly displayed in the iconic figures of Mandela, Tambo and Kathrada. Following his detention, he told me about his meeting with Tambo in Harare at a conference on youth in detention. He treasured that moment so dearly, not because he met his hero, but because he could communicate his vision of freedom to one he admired so much. Recently he spoke about his time in a room with Mandela, and his regret that Mandela’s sensitivity to the flash did not allow for the photograph to be taken. Peter could hang with anybody, you, me, Mandela, Tambo. And all of that because he believed that life was not about being, but being more than what anybody said you could be. To be more than what is given to you…that was Peter, always demanding more from mere existence.

When we met in September, we had a long frank discussion. I could tell that Peter was not well, but we spoke for a long, long time. He needed to clarify several matters about our respective detentions and what happened when the decision was taken to return to classes, even while some, like him, languished in prison. I assured him that no deal had been cut with the state to call off the movement of students. I indicated that the NECC had taken that decision despite the fact that the late Mark Lockman and several of others argued against the position in Durban, calling for a return to classes only after all students were released. We lost the vote in the NECC. On that day I told Peter that I found in my papers a note he smuggled out of Victor Verster in which he noted: Comrade Premesh, I did not tell them anything. Neither did I. Deep down he appeared reassured. We ended that discussion reminiscing about several private matters, our fears, our loves and passions. He spoke fondly about his family, and how he worried about what would happen to them should something happen to him. We also spoke about our fear for what we each have made of our desires and political passions, his in the fields of law, me in the fields of higher education. I left thinking that Peter was preparing me for mortality. We hugged and said goodbye. But not before I told him that we both held Athlone dear to us, and that I would do anything to make sure that the Centre for Humanities Research at UWC where I am based builds on a future for Athlone based on our vision of the 1980s.

When Peter regrouped many of us for the Trojan Horse memorial in October 2016, I cut short an international lecture tour to be with him, Rashieda and many others who were at the heart of the student movement of the 1980s. I knew it was his moment. I realised that he was asking us to reconstitute ourselves as a community that once dreamt of a future beyond apartheid. Athlone today is a memorial to atrocity…not to the desire and vision of Peter Williams. We owe it to him, and the struggle of an entire generation to build a project of love and freedom in a space that once not only held up the hope of postapartheid freedom, but helped to define it through the vision of someone like Peter Williams.

Peter, I have known you all my life. I love you now as I loved you then. You taught me much about what I know about love, freedom and desire. I was not a very good student, but I will be sure to take forward every dream we shared together. And know too that your family will be cherished and loved as you did them. I will miss you, and I thank you for all you have taught me. Hamba Kahle…