Living History: Our Generations Witness to Pain, Suffering and Transcendence 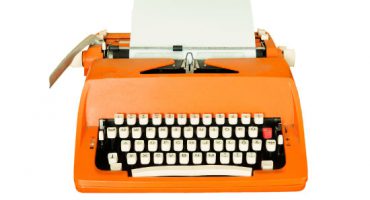 At Engaging the Other Conference, University of Bloemfontein, 5-8 December 2012.

My story is not so different from many to thousands of other South Africans. I tell to make sense of the broader story of this nation.

It was as if we were thrown into a pit, a hole where it required major struggle to emerge from.

Enough of us have emerged from the pit and we are climbing the mountain. Some of us forget those who are in the pit but some have thrown a rope down to reach the rest.

The problem is for me that we have to keep going into the pit while at the same time climbing the mountain.

What does climbing the mountain mean for me? It is about how to transcend the material objects of our life experiences and finding serenity.

According to google, transcendence means a state of being or existence above and beyond the limits of material experience. Its literal Latin meaning contains the notion of climbing beyond.

I use the metaphor of the mountain because it came to me as a prepared for this talk.

I spent the early adult years of my life witnessing every possible trauma in the pit. I am a journalist by profession and journalists somehow have this tendency to witness pain and suffering because we are moved by what happens to our fellow human beings. We are curious individuals and very often individuals who have big hearts.

The difficulty for me has been when I witnessed so closely that I was sucked into the vortex. As a young reporter in 1980 I just happened to start my professional life at a time when the revolts started at schools and universities in Cape Town where I live. I found myself working day and night to cover the historic events unfolding in front of my eyes, in my neighbourhood and beyond.

The first six months of protests in 1980 ended with the police and the army killing scores of people. Once the army left the areas, my editor asked me to find the families of those who had been killed.

I had to walk from house to house and from hut to hut and finally found 24 of the 48 families.

After the story was published, Cape Times readers came forward to start a fund and I helped to bring the families together to ascertain their needs. After two weeks of publication of the story I was woken up in the middle of the night and detained by the man who was known to have killed our imam in detention. He was actually there in our home. And there it was that my nightmare started. For two months I was held in solitary confinement and tortured by five men until I collapsed and became unconscious. This is a long story and I have written about it in my memoir Our Generation and I prefer not speaking about it here.

The experience changed my life. After my release I could only see one thing: and that was doing everything I could to change the conditions facing our country. For ten years afterwards I was involved day in night in the drama which unfolded. This led to other arrests and finally to a second detention when I was tortured again in 1995. My beautiful daughter was a unborn by baby with me and the two of us at that moment became inextricably linked in a way that was to remain a constant feature of my life.

I do not have the time to talk about all that I witnessed. Instead I want to spend a few minutes focusing on my need for transcendence.

In 1992 during the negotiations, I visited Holland and saw a woman in her fifties wandering around the corridors of a clinic for Second World War survivors and their children. The foundation Stigting 45 nearly 30 years after the war had finally set up a clinic to deal with the issues of the survivors. I was taken into a beautiful room dressed up in soft pink bedding and told that this was the room of the woman wandering around the corridors. Her mother had seen a bomb drop in her village and never recovered. She was a young child. Fifty years after the event, she collapsed at work and was now spending time understanding her condition of post-traumatic stress .

I was determined that I had to find a way to save my child from such a fate. I had to find the way to transcend and break the cycle so that my daughter could be free. I did not know how but finally when the TRC came along, I was so pleased. It was going to help me climb the mountain to a place of rest where I could just look down and accept that this was part of my life but that I have gone b eyond it now.

I believed then that telling my story at the TRC set me free. I had come to a resting place on the mountain and I could heave a sigh of relief.

Over time without my knowing I discovered that I moved from a place of rest and started slipping towards the pit. As I slid down I collapsed and could not get up again. For a year in 2001, 21 years after my first detention, I finally got the psychiatric care that I should have gotten. In the years that followed I could climb the mountain again in a state of transcendence.

Last year my daughter’s father died and I unraveled, remembering vividly what we had lived through.

I realized then that I will always live with these memories and from time to time they will come back strongly. For me it will be a constant effort to find a way to that protective place on the mountain where I can be an observer of the objects that have made up my life. But for now the journey is focused on finding a way to truly transcend so that I will stop burdening my daughter and break the cycle of trauma. Until her father died I was essentially trying to do this by myself. Now I realize that grace lies in the interaction between the two of us over the coming months.

We are in conversation trying to make sense of how we have coped over the years. The most difficult moment came recently when she told me: “Mom, you went through so much as an adult. You must remember that I went through all this next to you as a child.”

I pray that we will both be strong enough for ourselves and our peace of mind but also to grow strong enough to tug at the rope down in the pit that is bringing people to the surface.

The Mathematics of democracy

JURISPRUDENCE: THE LAW, LAWYERS, AND THE COURT.