The AstraZeneca vaccine and our ongoing uncertainty problem 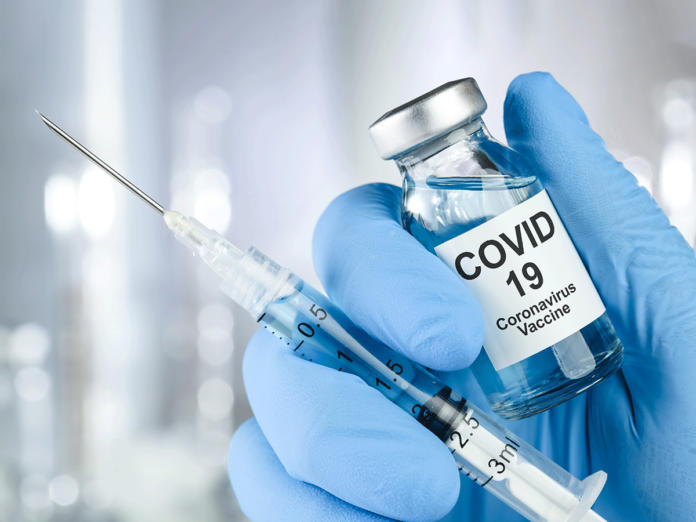 On Sunday (7 February 2021), Shabir Madhi, a vaccines expert in Johannesburg, went on South African TV and shared news from a study he had been working on: the vaccine developed by AstraZeneca and researchers at Oxford University, he said, appears not to be very effective at preventing mild to moderate cases of the coronavirus variant that has become dominant in his country. The finding, which led the South African government to temporarily stop rolling out the AstraZeneca vaccine, echoed in grim headlines around the world. “A blow for vaccine touted as world’s best hope for defeating COVID-19,” CNN said. The New York Times led with “South Africa says AstraZeneca’s Covid-19 vaccine is not effective at stopping variant”; a push notification sent out by the Washington Post said that the study had found “‘minimal’ efficacy” against the variant; a headline in the New York Post, among other outlets, pinned the efficacy rate at “about 10%.” Under the shockingly ambiguous headline “Why you can’t get the AstraZeneca vaccine,” Politico referred to the South Africa news as a “scandal.” In the United Kingdom, which has been rapidly deploying the vaccine, Novara Media, a left-wing news site, welcomed viewers to a YouTube stream with the rubric: “The Oxford AstraZenaca Vaccine Nightmare.” (It later removed the misspelled proper noun and changed “nightmare” to “major setback.”)

These headlines and many others like them elided some crucial caveats. The study in question had a small sample size, young average participant age, and wide confidence intervals—so much so that, as Stat’s Helen Branswell noted, “it’s hard to know what was found”—and there are questions, too, as to the relation between vaccine efficacy and the time between doses. Many experts—including Madhi—stressed that the study did not assess the AstraZeneca vaccine’s efficacy against hospitalization and severe disease, which are more important metrics than mild to moderate disease incidence, and expressed optimism that the vaccine will still offer protection against severe illness; in any case, the South Africa variant, while present in other countries (including the US), isn’t yet dominant elsewhere, and the vaccine’s makers are already at work on an updated formula, which isn’t expected to be too hard to develop. Richard Hatchett, who helps lead the global COVAX program focused on vaccination in poorer countries, told Reuters that “it is vastly too early to be dismissing this vaccine.” In the US—where the AstraZeneca vaccine is on order pending official authorization—Dr. Anthony Fauci said, during a briefing, that he hopes the virus will be brought “under much better control” generally before the South Africa variant, specifically, can pose a widespread threat. “The stories and the headlines around variant viruses and vaccines are a bit scary,” Jonathan Van-Tam, a top health official in the UK, said, also at a briefing yesterday. “I wish they weren’t.”

This is far from the first time that the AstraZeneca vaccine—and media reporting about it—has caused confusion. As I reported recently, the German newspaper Handelsblatt stoked something approaching a diplomatic incident after it reported that the vaccine was only 8-percent effective in older recipients—a figure quoted by anonymous political sources (who may have committed a basic misreading of the vaccine’s trial data) that has not subsequently been supported by any public data (though some European regulators did point to a general lack of data to justify cautious recommendations around use of the AstraZeneca vaccine in older people). Last week, a study published by researchers at Oxford fueled a more positive story, spread widely by news outlets worldwide, that the vaccine significantly reduces viral transmission—but, as Branswell and Matthew Herper wrote for Stat, “the paper, which has not yet been peer-reviewed, does not prove or even claim that”; its authors argued that fewer people carrying the virus necessarily means a drop in transmission, but outside experts called that “a big and unjustified leap.” There has also repeatedly been confusion about the vaccine’s dosage regimen, with its efficacy, counterintuitively, seeming to decrease after a second shot.

News organizations aren’t solely to blame for such confusion—studies of the AstraZeneca vaccine raise a number of perplexing questions, there are real data issues, and the company (like many of its rivals) has not always communicated clearly. As Paul Offit, a vaccine expert at the Children’s Hospital of Philadelphia, told Politico yesterday, “We’re in an age of science by press release.” But much recent reporting on the vaccine clearly also speaks to a series of broader errors that have bedeviled coverage of the pandemic ever since it began: an inability to consistently process—and to reorient the typical pace and mechanics of breaking news toward—persistent, life-altering uncertainty. This has been communicated deftly in much good coverage—but it often hasn’t been, and it is routinely missing from the headlines and topline framing that busy readers skim and digest, while skipping right past the nuance.

It’s not just vaccines. Yesterday, for instance, The Atlantic’s Derek Thompson returned to the topic of “hygiene theater,” a term he first used last year to describe our collective obsession with surfaces, even though the virus travels more effectively by air; since he last wrote about it, the evidence has become even more compelling, yet still, he writes, we are wasting precious resources—and fostering a false sense of security around—cleanliness. Crucially, Thompson situates hygiene theater as part of a wider problem: the clichéd idea that we must all “follow the science,” when science is not, and never has been, a singular thing. “Bad studies, good studies, and mediocre studies are all part of the cacophonous hydra of ‘science’ that is constantly ‘saying’ stuff,” he writes. “In the telephone game between scientific research, media reports, and public understanding, dubious studies get simplified, exaggerated, and concretized as gospel.”

As I’ve written before, science advances through a messy process of trial and error, advance and retreat. That’s a good thing, but it has not translated well to the immense, fast-moving gaze of public scrutiny that the pandemic has occasioned, nor to an information climate characterized by mass conspiracism and the broader pursuit of false certainty. “The science”—as a blunt moral concept—was arguably a necessary rhetorical weapon early in the pandemic, when everything was new, simple mass actions were required, and the president was pumping out garbage, but it seems since to have ossified into a procession of glib cable-news-style talking points and sloganeering. Last summer, medical pundits coined the phrase “herd immunity is mass murder” to fight the specific, terrible idea, then gaining traction with Trump, of letting the virus rip. When I searched “herd immunity” today on Google News, all the top results concerned the specific, good idea of mass vaccination. It’s no wonder we all have whiplash.

We do, of course, now know a lot more about the pandemic than we did in its early months. But our collective accretion of knowledge has not been linear, and new developments, from vaccines to variants, keep throwing up hurdles to our understanding. The result is that we’re still disoriented while growing increasingly tired of disorientation. As Nate Silver, of FiveThirtyEight, put it yesterday, there arguably hasn’t been “any point in the pandemic at which there’s been such a confusing mix of good *and* bad COVID news”; this uncertainty, he added, “demands nuance, but ironically, people aren’t looking for nuance at times of greater uncertainty.” The media’s job, still, is to persevere with nuance and avoid contrived certainty, even if that means holding off on the banner headlines and just waiting to see how things pan out.

Last week, Branswell and Herper, of Stat, noted that a rigorous American study of the AstraZeneca vaccine, which it is hoped will provide more definitive answers, is on the way, and could be published before the end of the month. “Unfortunately,” they wrote, “in a pandemic, there is nothing more difficult than waiting.”