Can Pursuing Happiness, as the Founders Defined It, Bring the United States Together? 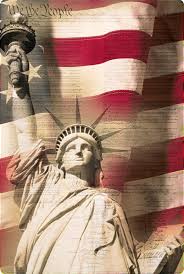 By Michael Maccoby and Dan Morgan,

Finding ways to make work more fulfilling should be at the top of any 21st century agenda. It would go a long way to achieve better balance within US society.

Putting the happiness of ordinary Americans first clearly would involve significant adjustments in health policy, education — and even foreign policy and military commitments.

It is hard to imagine how happiness can be aspired to in 21st century America without access to health care.

Jefferson rightfully believed that education “without regard to wealth, birth, or other accidental condition” was necessary for “promoting the public happiness.”

Happiness, as the founders meant it, can’t be achieved by escaping into addictions such as social media, compulsive entertainment, drugs and even smart phones.

Making the pursuit of happiness a topic for a national discussion could help Americans who reject the extremes shape a new consensus on what the policies for the country should be.

In the United States right now, we are facing a very real danger of the extreme left and right splitting our society apart.

Our only hope is that citizens of the center left and center right engage and create a productive dialogue based on common values – such as those expressed in our nation’s founding documents.

Strife among the founders

In June 1776, Thomas Jefferson was braced for tough editing of his rough draft of the Declaration of Independence. The gauntlet of reviewers included Benjamin Franklin and John Adams — both exacting wordsmiths steeped in history and political theory.

As the draft passed through the Continental Congress, other founders pushed through so many changes that Franklin at one point had to console a dejected Jefferson.

One key phrase was never touched — or even debated. That was the “pursuit of happiness,” which Jefferson’s draft asserted was a God-given right on a par with life and liberty.

To some of the finest minds in the America gathered in Philadelphia, that phrase seemed both natural and essential as a guiding principle for the new nation.

It’s not about being happy

But what exactly did the founders mean by the right to pursue happiness? It is not a right to be happy. Some scholars have dismissed the right as a “glittering generalization” that Jefferson used mainly as a relatively meaningless rhetorical flourish to kick off his draft Declaration.

But recent scholarship makes clear that, for Jefferson and his associates, “happiness” was something distinctive.

It was achieved from leading a virtuous and productive life in which government — even the limited government favored by the founders — had a role in safeguarding the conditions for aspiring to that goal, to provide people the means to pursue happiness.

It’s about a unifying spirit

By focusing on ways to promote the happiness of individuals as an overriding national goal, the pursuit of happiness could help the center unify the country around a common goal, expressible in a sound bite, instead of further dividing it.

Imagine a society in which we ask of every policy: “Will this harm or help people pursue a good life of the kind our founding fathers had in mind when they created this country?”

“Jefferson, Adams and Franklin ultimately understood the pursuit of happiness within the Greek concept of eudaimonia, the well-being or human flourishing that results from the pursuit of a virtuous or rightly ordered life, according to Carli N. Conklin, a University of Missouri law professor. She has written extensively about it in a book and articles.

As Conklin sees it, the pursuit of happiness, as understood in the revolutionary era, involved “both a public duty and a private right.”

Government is not the enabler

What would a society organized around that understanding look like? Jefferson lived at a time when most non-slaves were self-sufficient farmers and craftsmen. His first goal was protecting their liberty, so that they could pursue happiness without oppression.

For the Founders, rights were just for men, but — over time — the American system, imperfect and change-resistant, eventually allowed women, blacks, minorities, handicapped and the LGBTQ community to gain the liberty and equality needed to pursue happiness.

That effort continues in a far more interdependent and diverse 21st century society. New challenges to happiness have arisen — and new and creative responses needed, not just by government but by organizations.

For starters, having a meaningful job is essential to the pursuit of happiness. A Gallup poll last year found that 44% of respondents considered their jobs to be “mediocre.” Another 16% saw them as “bad.”

Since then, the COVID 19 pandemic has added to workplace stress, financial insecurity and danger in stores, schools, hospitals, restaurants and hyper-automated warehouses.

Lincoln’s demand: Putting the man before the dollar

Finding ways to make work more fulfilling — to put “the man before the dollar,” in the words of Abraham Lincoln — should be at the top of any 21st century agenda. This would not just restore the balance between individual rights and corporate power, but also go a long way to better balance within U.S. society itself.

The best organizations develop their employees’ technical and social skills.

Employees feel their work has a positive purpose. Such jobs include continual learning and respect for employees’ ideas.

Yet, even though the United States is a rich and very advanced economy, millions of jobs come now with little security and demand mindless conformity.

Putting the happiness of ordinary Americans first clearly would involve significant adjustments in health policy, education and even foreign policy and military commitments.

Making this a top priority might force the U.S. Congress to reconsider foreign wars that have killed or maimed thousands of young Americans.

Simply put, it is hard to imagine how happiness can be aspired to in 21st century America without access to health care.

And Jefferson rightfully believed that education “without regard to wealth, birth, or other accidental condition” was necessary for “promoting the public happiness.”

This would also require setting new priorities — such as dealing at long last with the national crisis in mental health and drug abuse. Accidental drug overdose is now the leading cause of death for Americans under 50.

Anxiety, loneliness, depression, self-injury and suicide have been on the rise among U.S. teenagers for almost a decade, as a 2017 Atlantic article reported. Happiness, as the founders meant it, can’t be achieved by escaping into addictions such as social media, compulsive entertainment, drugs and even smart phones.

Reading Lincoln in a 5G world

Lincoln couldn’t have imagined today’s 5G world, but he considered the Declaration’s wording about happiness to be a key beacon for later generations.

When in the distant future some man, some faction, some interest, should set up the doctrine that none but rich men, or none but white men, were entitled to life, liberty, and pursuit of happiness, their posterity might look up again to the Declaration of Independence and take courage to renew the battle which their fathers began.

Back to our roots

Making the pursuit of happiness a topic for a national discussion could help those of us Americans who reject the extremes shape a new consensus on what our policies for the country should be.

A renewed focus on the actual ways and means of the “pursuit of happiness” — leaving the vapid sloganeering far behind — could help us view government in a new way. We could actually make it live up to what the founders intended.

That will be hard, but pivotal work. Without that effort being made and successful, we will lose far more than just the civility that is the prerequisite for any functioning society.

This article first appeared on 28 February 2021 at www.theglobalist.com

Editor’s note: I publish this article to stimulate discussion about our own situation in South Africa. Later this year, I will be sharing thoughts about the idea of shaping a new national narrative for our country. Watch this space. Zubeida Jaffer