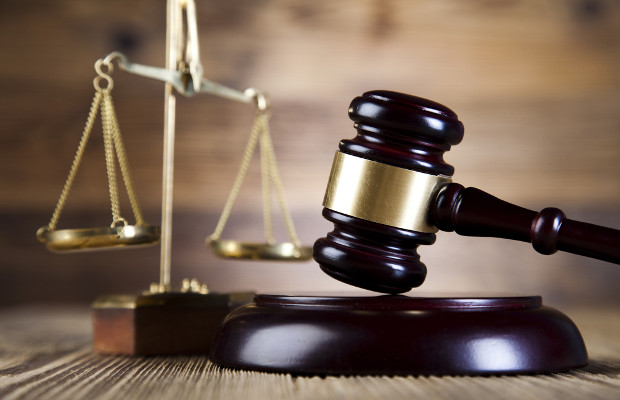 This article was published in Muslim Views in March 1991

His broken body lay at the bottom of the stairs. The fall had caused his death or so they said.

Covered in multiple bruises, 28 in all, the body of Imam Abdullah Haron was returned to his family after 123 days of detention.

On March 11, 1970, a few months after he was killed, the Inquest Magistrate found some of the injuries sustained to be compatible with falling down a stairs but was unable to determine how the balance of injuries was caused.

A week later, on March 19, a police investigation was instituted into the possibility of criminal assault.

To this day that police report remains abandoned in the office of the Attorney General with no one ever being charge for the killing of the Imam.

What about Spyker Van Wyk?

As the country moves towards democracy and an end to apartheid, what is to be done about Spyker Van Wyk and so many others who have committed crimes in the name of apartheid and who remain at their posts?

Will the price that South Africans pay for peace be that the perpetrators of these crimes be allowed to walk free?

As Muslims fast during the month of Ramadaan, there can be no more appropriate time to reflect on issues of peace and justice so desperately needed in this country.

What guidance does Islamic Law provide for such reflection?

Nigerian academic Abdur Rahman I. Doi, in his book,  “Shari’ah:  The Islamic Law”, examines the Islamic Law of Qisas (the law of equality) or equitable retaliation.

He explains that during the Jahaliyyah period before Islam, the Arabs were always prone to take revenge even if it was done centuries before. If a member of their clan or tribe was killed by a member of another clan the revenge was taken by killing any innocent person belonging to the enemy clan. The chain reaction that would start, he writes, would not end for generations.

With the advent of Islam, the law of Qisas prescribed equality in retaliation with a strict sense of justice, at the same time making a clear provision for mercy and forgiveness.

This mitigated the horrors of revenge and retaliation which were practiced in the holy Jahiliyyah period, writes Doi.

The law of Qisas is laid down in the Holy Qur’an (5:48) “Life for life, eye for eye, nose for nose, ear for ear, tooth for tooth and wounds equal for equal. But if anyone remits the retaliation, by way of charity it is an act of atonement for himself.

And if any fail to judge by what God hath revealed, they are no better than wrong-doers.”

This element of mercy is found in the teachings of the Prophets Jesus (AS) and Muhammad (SAW), writes Doi, while Mosaic Law makes no mention of mercy.

Doi explains that the law of retaliation among the Israelites extended to slaying for slaying, wounding for wounding and mutilating for mutilating. The Holy Qur’an however has expressly limited it to the cases of murder only.

Islamic law goes a step further when it introduces the option of Diyah or blood money. Here the relative of the murdered person can make a remission and ask for Diyah.

Imam of the Claremont Main Road Mosque, Abdurrashid Omar, said that this option of pardon and forgiveness and remission is encouraged by Islam.

“If the family voluntarily opts for remission then it should be accompanied by “restitution/compensation in a goodly manner”. This restitution or legal reparation is imposed on the guilty person by a court of law and should take the form of a financial penalty, Diyah, “ he said.

“However there should be no pressure exerted on the aggrieved family to accept such an option, otherwise the whole intention of mercy and peace is lost,” he said.

For Imam Rashid the objective of Qisas is the protection of society and not revenge. “It is a safeguard for you as a community, so that you might be able to live in real peace and security, as God wants you to live,” he said.

Doi explains that even where the injured one forgives, the State or ruler is competent to take such action as is necessary for the preservation of law and order in society. For crime has a bearing that goes beyond the interests of the person injured since the entire community is affected by it, he said.

In South Africa, millions have suffered deprivations because of apartheid, thousands have been imprisoned and tortured and hundreds murdered by agents of the state. Just recently, top ANC lawyer Bheki Mlangeni was blown to bits when he switched on a walkman which he had plugged into his ears.

His death confirms fears that the murders will continue.

But State President De Klerk wants  “bygones to be bygones”.

The government’s cavalier attitude thus far to ‘past violations’ suggests that it intends taking no action. Instead it has opted for a campaign for peace without truth or justice.

What could be the consequences for South Africans if they do not finally rid themselves of the gangrene infecting the country’s body politik?

Canadian lawyer and author of “Justice Delayed: Nazi War Criminals in Canada”, David Matas believes that an adequate response to the injustices will result in the cry for justice resurfacing later.

Speaking at the National Association of Democratic Lawyers’ conference last year, he said that while the British, in 1948 had successfully led a plea for prosecutions of Nazi war criminals to be ended, the desire for justice had restarted the prosecutions years later.

Inadequate redress will also mean that those who have been responsible for some of the worst crimes of apartheid will remain at their posts and be in a position to pursue their criminality for other ends.

The experience has been, says David Matas that in other countries where an amnesty or law of immunity has accompanied a transition to democracy, these methods are no longer used for political repression but to fight common crime.

An Amnesty International report indicates that after a general amnesty in Brazil in 1979, police continue to act beyond the law torturing criminals ‘with impunity and increasingly resorting to extra judicial executions.’

The report concludes that the lack of thorough investigation and prosecution for serious abuses in Brazil had condoned such nations.

So far in South Africa, there has been talk only of an across-the-board amnesty or indemnity.  Nothing has been said by the two major parties – the National Party and the ANC about prosecution of criminals or reparation for crimes committed.

The focus is on achieving peace, rather than justice. But can one be achieved without the other being properly addressed?

The ‘confession of guilt’ by Afrikaner theologian, Dr Willie Jonkers, where he acknowledged his part in apartheid’s cruel rule, was a step in the right direction and accepted as such as by Archbishop Desmond Tutu, who acknowledged it as the “beginning of a process towards the reconstruction of a just society.”

Muslims, however, have not vociferously called on the oppressors to repent.

While Islamic history offers many examples where oppressor had been allowed to walk free, repentance was essential, said Imam Hassan Solomons of the Muslim Judicial Council.

“When the Prophet liberated Medina, the victims of the war were waiting on him to apply the law of retribution because they had lost their families, their properties, been exiles and lost their lives. He set the guilty ones free,” he said.

“When Khalid-ibin al-Walid came to the prophet and told him of the many things he had done against the Muslims, he was forgiven by the prophet. But not before he repented publicly. He then went on to play a constructive role in the society.”

“The Qur-an says that a person should repent openly and there should also be a promise from the person not to do it again,” he said.

Such repentance was the least to be expected within the South African context, he said. But thus far, Muslims have not made this call on the oppressors. “They should do so and be prepared to demonstrate for it.”

There are many who would have greatly valued De Klerk using the opening of parliament last month to ask for forgiveness for the wrongs of the laws which he intended repealing.

Instead, he presented himself as a liberator, freeing the country from the fetters of apartheid – unleashing confusion amongst a battered people that this country can ill afford.

True reconciliation between oppressor and oppressed cannot take place in South Africa without repentance and a fundamental redistribution of wealth and power, Imam Omar told the National Interfaith Conference in December last year.

When apartheid goes, the legacy of three centuries of deprivation will remain, he said.

And while there was no blueprint as to how wealth and power were to be redistributed, he considered such restitution as crucial.

“If we fail in this responsibility, God forbid, it might well be administered with vengeance,” he said. The general amnesty presently being advocated by the government and the ANC is silent on the question of repentance and restitution.

Muslims and all other religious people in this country have a special responsibility to ensure that this question be placed on the agenda at the negotiating table.

Peace without justice provides no guarantee that a new society will be built.

While the Holy Qur-an sketches the parameters within which Muslims have to consider these issues. South African Muslims will have to apply their minds to how to give effect to the law of Qisas within the South African context.

The thoughts on this page are but preliminary and will hopefully prompt further discussion and debate in future editions of MUSLIM VIEWS.

Muslims should add their voice to the cry for justice ringing through the progressive church movement.

They should leave no doubt in the minds of men like Spyker Van Wyk that they will never again be allowed to perpetrate such crimes.

In this month of self-denial, let us not forget the ultimate sacrifice that Imam Abdullah Haron made to ensure that Muslims and all other South Africans live in a country free of apartheid and injustice.

It is not caring about the hate and revenge but caring about remembering and the application of Qisas (making a thing equal to another thing) that should prompt us to hold forever in our memory that broken body, which THEY said, had fallen down those stairs….