When did Charlotte Maxeke live? She was born April 7, 1871, or possibly 1874, and given the names Mannya Makgomo. Not just the year but also her birthplace is a bone of contention, being recorded as either Fort Beaufort in the Eastern Cape, or Ramokgopa in the Polokwane district in Limpopo Province. Charlotte Maxeke died on October 16, 1939, and her eulogy reportedly ended with the words, “she was everyone’s friend and no-one’s enemy”.

What was Charlotte Maxeke renowned for? She was renowned for many things: her singing voice, her work for the church and her devotion to women’s rights, her magnificent oratory style. Also, she was the first black African woman to go to university and gain a degree. She made it her personal mission to share her knowledge and enable children to learn, building a school in Evaton, south of Johannesburg.

What was the pioneering role of Charlotte Maxeke? Maxeke was an early and very active member of the ANC, one of its first female members and – something that history remarkably failed to record – the only woman present at the launch of the ANC in 1912. At a time when the ANC only granted membership to men, Charlotte Maxeke lobbied for their admission to the organization. Deputy President Cyril Ramaphosa, speaking at the launch of the Maxeke Memory Project in October 2015, said she was such a great orator that one of the ANC’s earliest presidents, Reverend Mahabane, joined the ANC after hearing her speak. Maxeke, for her part, in 1918 launched the Bantu Women’s League that would later become the ANC Women’s League.

In the early 1920s, when even white women would rarely be called upon to fill such a role, she was called upon by the Ministry of Education in Johannesburg to testify in certain matters and was eventually employed as a Probation Officer and Court Welfare Officer with the Juvenile Magistrate there.

Charlotte Maxeke, striving for education for all

What was Charlotte Maxeke capable of? It was during her time at Wilberforce University in Ohio in the US that the young Charlotte Mannya Makgomo, brought up in a strong Christian tradition, decided to take up the cause of the African Methodist Episcopal (AME) Church that ran Wilberforce University. The African American church strove for racial equality, a mission that continues today. Charlotte wrote home to South Africa, and an uncle who was an ordained Methodist member invited the Church to begin missionary work in South Africa in 1896.

What is Charlotte Maxeke quoted as saying? (From one of her speeches as found by journalist and Maxeke-biographer Zubeida Jaffer): “…Let me say this to you girls: It is the beauty of the heart and good behavior that will last until you go to the grave. Beauty is adorable when accompanied by other good things. Try to exercise self-control…”

To the men she says: “We want men who are the salvation of the young girls of their nation, who can depend on their presence; we need men who will humble themselves, so that the nation may lift them up to be the stars of Africa for future generations. That is what Africa wants. That is what the women of Africa are weeping and praying for.”

What is Charlotte Maxeke’s legacy? Charlotte Mannya Maxeke’s work was a hugely important turning point for women’s organizing and the pursuit of women’s rights in South Africa. Her status as “the only educated African woman in South Africa” (Hastings Kamuzu Banda) and the respect she demanded from both African and European leaders of the time meant that she inspired not only women, but also “generations of male leaders” (Cyril Ramaphosa) to aspire to education and self-reliance for all South Africans.

We have walked such a long road to secure a just and fair South Africa where women can stand confidently alongside men as equal partners. 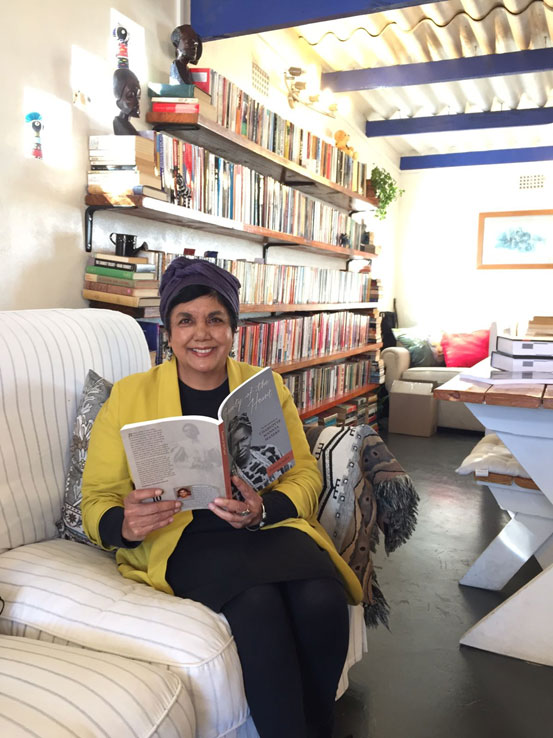 By Zubeida Jaffer It was an Alice-in-Wonderland experience. The car glided through the streets of Gugulethu on Mandela Day until it reached NY 22. It