Love in the time of Treason

The Life Story of Ayesha Dawood 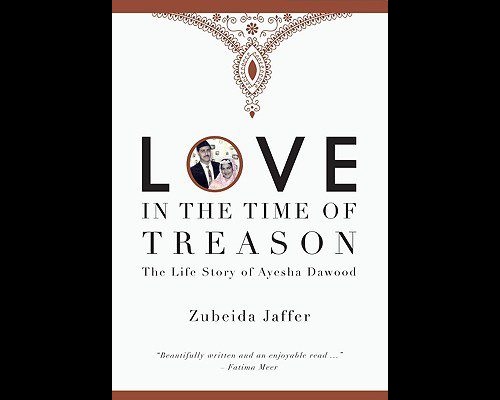 Ayesha (Bibi) Dawood became a dedicated activist in the fifties and stood trial with others like Nelson Mandela during the infamous Treason Trials. Her family home was raided and her relatives harassed, she was repeatedly arrested and imprisoned. She stood her ground, but after the banning of political organizations by the government of the day, and the arrests of prominent leaders, Bibi’s spirit was crushed, though she never strayed from her journey towards freedom.

During this time, Yusuf, whom she had met a few years ago in India when she visited her grandmother, succeeded to jump ship in Durban and travel to her family’s home in Worcester to find the love of his life. A few years after they got married, Yusuf was arrested as illegal immigrant. Bibi refused to divulge secrets about the whereabouts of people like Ray Alexander who had fled overseas, and she and Yusuf and their children had to leave South Africa for India – Bibi with an exit permit.

India proved another trial in many ways. Yusuf had to work as migrant labourer in Kuwait, while Bibi tried to keep the home fires burning and was considered a leader among the women around Sarwa. It was during the wedding ceremonies of their daughter that Bibi heard about Nelson Mandela’s release – and the possibility of returning to the country she longed to see again, suddenly became real. . .

Love in the Time of Treason: Reader Feedback

The AstraZeneca vaccine and our ongoing uncertainty problem