Both deaths left an indelible mark on my young mind. I was 11 years old when Imam Haron died. My parents were deeply affected by his death and this filtered through to us as children. The burial took place on 29 September 1969. On that day, my father called my mother from a shop before the procession reached the graveyard and asked her to find a way to bring us to the side of Groote Schuur hospital where we could witness the thousands of people who had walked from the Imam’s home in Athlone to Mowbray. They had jostled for the honour of carrying the bier on their shoulders for the 8km walk.

At that time, Muslim women did not attend the burial but said their farewells to the deceased at home. I cannot remember how we got to Mowbray because my family did not own a car. My mother could drive and perhaps she used my father’s work car. I am unsure and nobody in the family can remember the details clearly. I just know that I had the privilege of witnessing a scene that will forever remain in my memory. His grandson Khalid Shamis produced a film about his grandfather. Watch a ten-minute version of the film here.

Steve Biko was murdered when I was a 3rd year university student at UCT. By then I was fully conscious that we were living in a country run by authoritarian racists who expected me to apply for permission to go to university from the Coloured Affairs Department. The news of Steve Biko’s death swept like a pall of darkness across the country. His naked body in shackles at the back of a police van was an image that will always remain printed on my mind. Soon after his death came the banning of newspapers and clamping down on journalists.  The State waived its security apparatus like a sledgehammer not caring who was caught in the process. Steve’s death, even though I did not know him personally, felt like a knife had pierced through my heart.

The night Imam Haron was buried, Cape Town experienced an earth tremor as an earthquake hit the town of Tulbagh in the Western Cape. It was around 8pm and I was in the bathroom pouring a jug of water over my feet. I remember my dad rushing in as the house shook and lifting me up and running out of our home.

All along Ottery Road, people were rushing from their homes and gathering on the sidewalk.

Not far from us, the local religious organisation, the Vigilance Association, was showing a film called Waqt to raise funds. My dad had argued that the event had to be cancelled in memory of the Imam but others felt that it had to go ahead.

Strangely the film was about an earthquake and so when the tremor came, the filmgoers were momentarily confused. Was it the earthquake in the film or was the building really shaking? They soon realised it was happening in real life and fell over one another to exit the hall.

In the middle of that night, the telephone rang. I heard my father answering the phone. My mom then came into our room to place our gowns and slippers on our beds. She explained that we had to be ready to rush outside if there were to be another tremor. What we did not know is that the person who called had asked my dad to take all of us outside for the night because they suspected there may be another tremor or worst still, an earthquake. My dad’s response was to say that he preferred letting his family sleep and would move us should the shaking start again. Nothing happened. We remained safely in our beds.

Forever after we associated the Imam’s burial with that night and came to believe the local interpretation that God had shown his wrath in response to this injustice.

As I write in the last days of September 2019, The Imam Haron 50th Commemoration Committee has arranged a host of events to lead up to those fateful days 50 years ago, bringing memorialization of the 123 days of his detention to an end. These include the 12th Annual Imam Haron Memorial Lecture about early childhood development, on 25 September at Islamia College.

UCT’s Adjunct Associate Professor Eric Atmore will deliver the lecture; the winners of an international art competition will be announced after the lecture; on 26 September, Minister Anroux Marais will host the unveiling of the official provincial Heritage Site Plaques for the Imam Haron gravesite and the Al-Jamia Masjid: the family will also unveil a number of memory boards across the city –at Islamia College on Imam Haron Road. The memory boards will contain the names of all 117 fallen heroes killed while in police custody; at City Park, the memory board will tell the story of the Imam. At the shrine on Signal Hill, it will relate the story of the Rev Bernard Wrankmore, the Anglican priest who fasted for 67 days at the shrine in protest against the killing of the Imam; on Friday 27, the day of the death, his son Professor Muhammed Haron and grandson, Imtiyaaz Haron will speak at the Al- Jamia Masjid where he was the imam at the time of his death.  A sermon prepared by Sheikh Sadullah Khan will also be sent to mosques throughout the country.

The Imam loved sport, especially rugby and cricket. On Saturday 28 September, the WP Rugby Union has organized a 7s Rugby Festival at the City Park Sports Ground across the road from where the Imam lived originally.

This was also the field where thousands gathered for his funeral.

On the morning of 29 September, his family and members of the community will gather at a mosque to be announced, for the recitation of the Quran from beginning to end, a deeply spiritual exercise.

The Czech writer, Milan Kundera said: “The struggle of man against power is the struggle of memory against forgetting.”  September as Heritage Month will be a good time every year to struggle against forgetting and remember the objectives of those who died in pursuit of freedom.  It will be a good time too for all of us interested in a South Africa free of racism, violence and inequality to remember them and to reflect on what actions we need to take to move our country forward so that our fallen heroes would not have died in vain. The Haron family has provided a template this year as an example of what families of the slain can do in Septembers to come.

*Zubeida Jaffer is an award-winning journalist, author and activist. This article first appeared on The Journalist 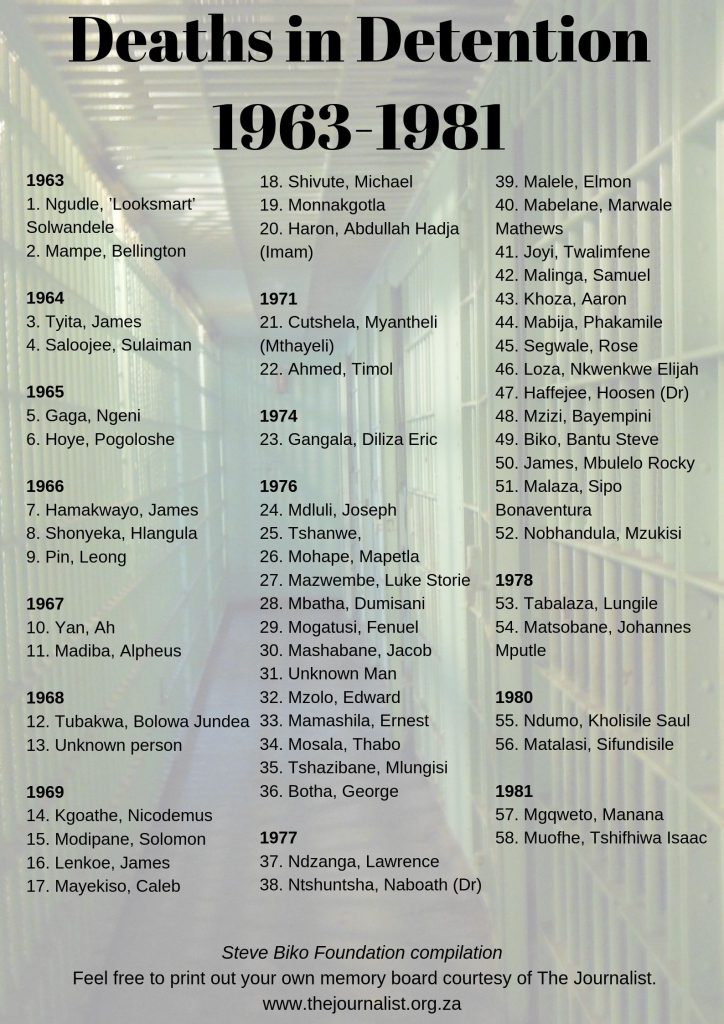 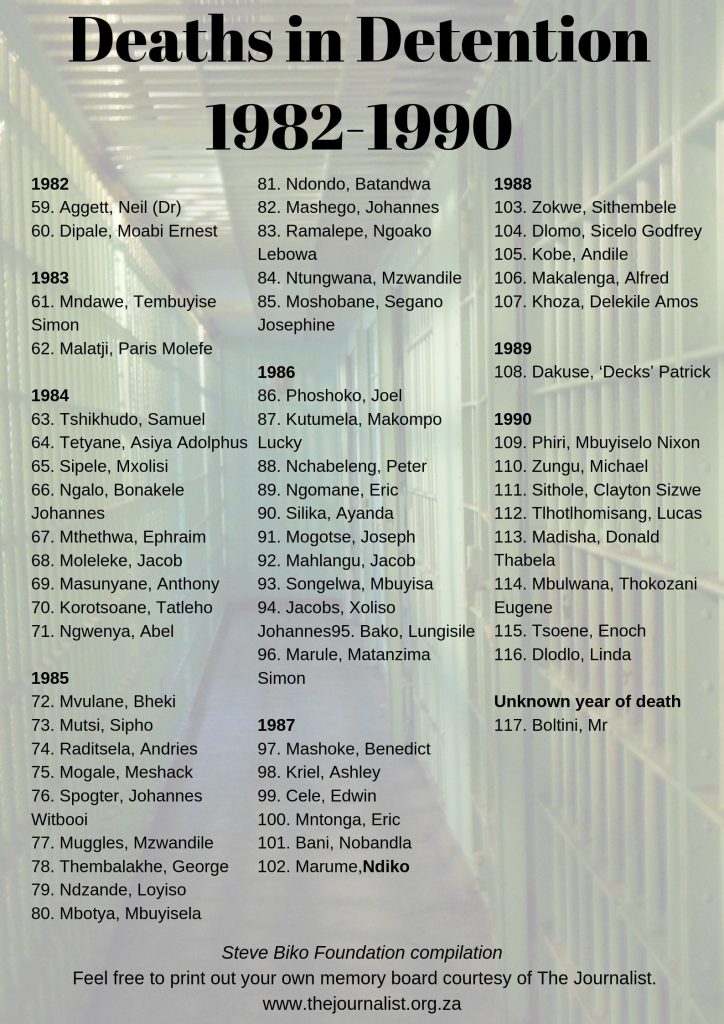