SOWETO: A Festival of Ideas once again? 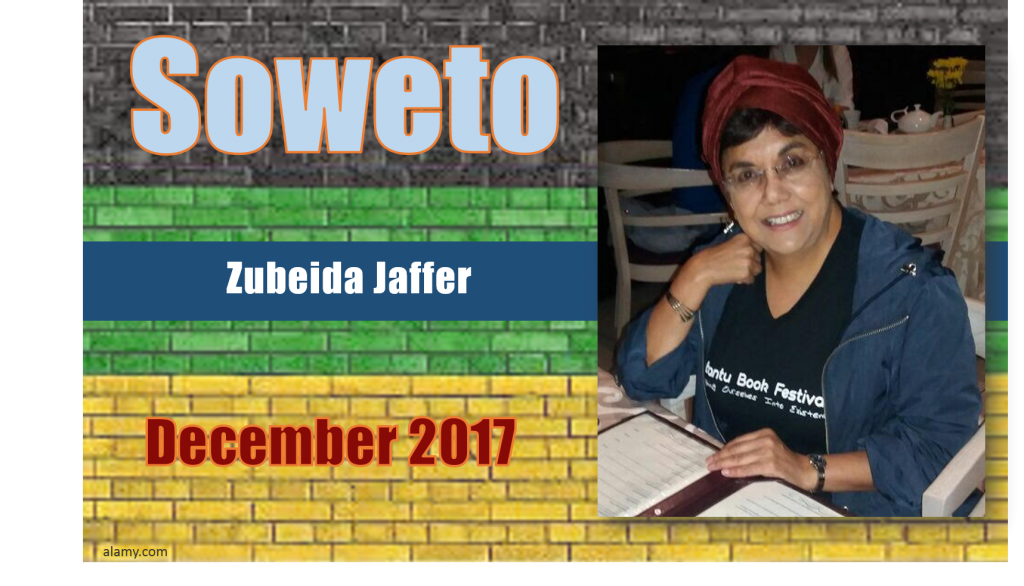 Soweto is associated locally and across the world with resistance against apartheid. It was here that the youth rose up against the imposition of Afrikaans in their schools in 1976 and gave impetus to a protracted battle against apartheid leading to a democratic South Africa in 1994.  Fast forward to 7-10 December 2017, when scores of young people packed the Eyethu Lifestyle Centre in Soweto for the ABANTU BOOK FESTIVAL while just 13 kilometres away, preparations were underway for the ANC’s 54th National Congress, to be held at the Nasrec Centre in Soweto from 16 to 20 December.

Author and activist ZUBEIDA JAFFER spent four days at the Abantu Book Festival and also formed part of the media contingent present at the ANC inspection of the National Congress venue yesterday. She shares with us the experience of finding herself in the midst of this festival of ideas in Soweto:

Known as the Abantu Book Festival, it again created a flurry of activity and generated even greater interest than it did last year.  The chosen bookseller, African Flavour Books, could not keep pace with the demand for the latest offerings from both South African and African writers, and I had to queue until late evening to buy books.

Delivering the keynote address at the Soweto Theatre, the famous Zimbabwean author Tsitsi Dangarembga delivered a lengthy address on decolonisation and literature. She outlined 2800 years of world colonial history and argued for a generational, steady and conscious dismantling. Tsitsi was just 25 years old when she won great acclaim for her novel Nervous Conditions, which has since become a standard text in English courses across Africa and in other parts of the world.

The participating writers included Zakes Mda, Redi Thlabi, Mandla Langa, Pumla Dineo Gqola, Sisonke Msimang and Panashe Chigumadzi. A packed hall watched with intense focus when moderator Lebo Mashile introduced those writers whose books focused on Fezekile Khuzwayo, the young woman who accused President Zuma of rape. Ten years ago, Mmatshilo Motsei wrote The Kanga and the Kangaroo Court and was scorned and threatened by sections of the political elite. This year, a year after the passing of Fezekile, Redi Thlabi’s book, Khwezi, was received with much acclaim.

A week later, on Thursday 14th December, members of the media were allowed to be present when ANC leaders inspected the conference centre to satisfy themselves of its state of readiness. More than four thousand delegates are expected to fill the neatly arranged chairs stretching in rows across the large hall with its chairs and tables covered in black, green and gold. The scene is set for the clashing of ideas, the contestation of privilege and the factional interests that had long ago broken free of the discipline of this organisation…

Since the unbanning of the ANC, I have been privileged to cover several national conferences, thereby gaining insight into the workings of the political party that has dominated South African public life for the past 23 years.

At Polokwane I watched as some delegates disrupted President Thabo Mbeki’s address as they demanded his ousting.

From what I understand, there will be very little tolerance for a display of disgruntlement when President Zuma takes to the stage on Saturday morning. The top organising team for the conference has put in place mechanisms to immediately remove those who are disruptive. All this will take place in the full glare of cameras standing ready to televise the speech by President Zuma.

The only protest officially permitted will take place on the outskirts of the conference centre, when Reverend Meshoe of the African Christian Democratic Party will gather his followers to object to the ANC’s policy discussion on withdrawing official representation from Israel.   These discussions, including those on ownership of land and radical economic transformation, are expected to generate intense debate.

But what will occupy centre stage will no doubt be the contestation between the two front-runners for the position of Leader of the ANC, Nkosazana Dhlamini Zuma and Cyril Ramaphosa.

The strengths and weaknesses of both candidates have been well documented, and the question that must be answered is whether the new ANC leader will fill the leadership gap in a way that takes South Africa forward. What the country needs is someone that can be trusted to restore the integrity of institutions of government. That person should be able to break firmly with the pattern of the present incumbent.

Our future in their hands

This may just successfully prepare the road towards restoring confidence and trust in this country’s political and business elites. They stand at the top echelons of our society and hold the future of our country in their hands.

Will they grasp that the accumulation of excessive profit and their corrupt practices are destroying the fabric of our society? Will they create the space for the young creatives and writers to flourish? Will they help our home-grown initiatives to take centre-stage, or will they continue to maintain their focus on the upper echelons of society who have failed in their duty to build a country that is fair and just to those who have traditionally been marginalised?

Will December 2017 accord for Soweto the status of being home to a festival of ideas that will push us towards re-imagining our future – or is this too much to hope for? 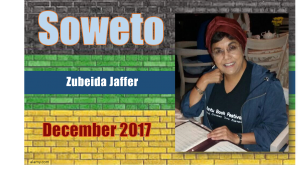