“You cannot prevent the birds of sorrow from flying over your head, but you can prevent them from building nests in your hair.”

“Our Tree is shedding its beautiful and glossy branches. We need to ensure that it grows beautiful and fresh shoots.” Linda Zama on hearing of the death of Judge Essa Moosa on Sunday 26 February 2017. 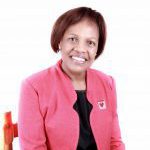 Essa was no ordinary lawyer. He was an activist, a jurist and a people’s lawyer. Our roads converged in 1986 after Oliver Reginald Tambo, OR, had challenged all South African democratic lawyers across the racial divide to throw their professional weight into ushering in a democratic South Africa. Our task was to collaborate with progressive lawyers internationally and start the conversation and debate on principles for a democratic South Africa inside the country.

This assignment needed to be handled delicately because the risk of being arrested and charged with Treason was very high. As astute lawyers, OR trusted that we would execute the mandate within the legal parameters. It was for security reasons that the research project was located at the office of Professor Reg Austin then Dean of the Faculty of Law at the University of Zimbabwe. At that time Zimbabwe was a beacon of hope and democracy.

Dullar Omar, Pius Langa and now Essa Moosa, all departed, were our leaders and mentors in the legal profession when they launched the National Association of Democratic Lawyers in 1987 to spearhead the research project on Principles for A Democratic South Africa. Essa would sit quietly when weighty matters were being discussed and the debate grew heated. There would be times when we would deadlock and take a break. Pius Langa, Dullar Omar and Essa Moosa would stand in a corner and discuss strategy that would break the deadlock. Most decisions were taken on a consensual basis. Essa was always central to seeking consensus.

A tribute to Essa Moosa is a tribute to an era of lawyers who made us proud members of the legal profession. It was through their mentorship and leadership that we criss-crossed the world as proud South Africans who were committed to contribute in delivering ‘Freedom in Our Life Time’. We worked within our communities and took the fight for the underprivileged right to the South African courts. We challenged the iniquitous system and beat it’s architects at their game. Needless to say each time we won at court, the laws were tightened but we were not discouraged. We challenged the system relentlessly until 1990 when political organisations were unbanned.

Essa Moosa’s judicial activism was rooted in his community. The interpretation and relevance of the law was informed by objective conditions in his daily experiences as a member of his community. Astute, unassuming and quiet, Essa Moosa discharged his work with professionalism and commitment.

The departure of the calibre of jurists like Essa Moosa leaves us with many challenges. This is even more so when our country seems to need balanced, forward thinking and committed patriots. On all fronts, we are left exposed; exposed to the headwinds of greed, corruption, political intolerance and unfolding anarchy. However, the Essa Moosa route was always simple and direct, ‘Freedom in our Life Time’. The head winds should be our teachers to refocus us and take us back to the simple and direct route Essa Moosa and others used to take when we were deadlocked. They stood quietly in a corner and discussed an approach to arriving at consensus. It was not about their egos or the money they would make. They served as democratic lawyers. They saw something bigger than themselves for their organisation and country.

There is no better way of paying tribute to a person who has lived life to the best of his or her ability than to take the lessons learnt from him or her and translate them into action. As we salute Essa Moosa and celebrate a life well lived, we need to commit ourselves to what he stood for and use his approach to find unity and peace. It is human for us to mourn his passing. Our condolences go to his family and friends who witnessed his pain and suffering. May we all hold fast to the memory of this quiet revolutionary.

*Ms Linda Zama is Special Adviser to the Premier of KwaZulu-Natal.. This piece was published at www.zubeidajaffer.co.za.

A Personal Reflection On The Passing Of Judge Essa Moosa

I write this message to comrades and friends who gathered in Athlone today to mourn and celebrate the life of Judge Essa Moosa. I could not attend the memorial service because I am in Bloemfontein but feel the need tonight to share in this moment.

I am so sad to have lost someone with whom I have journeyed for more than 30 years. Since that day in February 1980 when I first met Essa, he has been a constant in my life. I was a volunteer at Grassroots, the community newspaper and he served as a trustee then. I grieve as we once again say goodbye to someone who was always ready to serve.

My heart breaks as I realize that we have no one yet to fill his shoes. Is there a lawyer in the Cape that we can run to when communities face injustice or our freedom fighters are neglected? Who will step up to the plate?

Essa Moosa’s other side 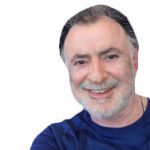 Essa Moosa was a man of many parts. Many knew him more as a lawyer, judge, political activist, ANC operative and Khurdish campaigner. In a relationship spanning about 45 years, I was fortunate to see another side of this incredibly versatile man.

I boarded with the Moosa family in the 1970s at their Surrey Estate house and was amazed at the number of people who would rock up at all hours of the night to consult “die prokureur” – many carrying small parcels. Essa was always ready to see them to his wife, Fatie’s understandable annoyance. The parcels were invariably thank-you offerings of samoosas or biscuits in lieu of payment.

The queues never abated, even on weekends. To breakaway he would jump at opportunities for a weekend outside Cape Town. But these “trips” (as we named them) were often not pure fun! So he would direct us off the N2 or N1 to Napier or Barrydale or a remote dorpie like Slangrivier to check on a shopkeeper he had set up in business, purely out of his humanitarian drive with no material benefit to himself. Or he’d take us to a prison in the South Cape to offer legal representation to a prisoner who could ill afford it. The respect he commanded among prison wardens made it a lot easier for him to gain access during weekends or at unreasonable hours.

Sometimes on a trip, the battle to find accommodation would not be too much of a problem for Essa. He’d confidently stride into a whites-only hotel, recite some Arabic verses at the reception desk, introduce himself as a Saudi oil trader, confuse the establishment about a law affecting foreigners and promptly secure a room.

Essa commanded a lot of respect in non-establishment media circles in the 1970s and 1980s, availing himself for black journalist functions and influencing heavyweights like Jakes Gerwel and Alan Boesak to address meetings. It was that early involvement which laid the ground for him to become chairperson of Cape Town’s two best known alternative publications, Grassroots and South, and earn him the affectionate title of “Mr Chairman” among comrades. He entrenched democratic values at Grassroots through his broad appeal and by ensuring that everyone had their say. Thus Grassroots evolved as a model of a broad-based alternative media platform which helped lay the foundation for the United Democratic Front UDF in later years. His fastidiousness for accounting for public funds rubbed off on many of us and comrades were held accountable for each copy of Grassroots which they distributed.

In the early days at South it was more his signature dress of high heels and bell bottoms that caused a stir and raised giggles among staff than his legal vetting.

A naughty boyish streak characterized his actions at times. Like an occasion in Athlone in the 70s when Fatie came to fetch him from a party. He was nowhere to be found, only to emerge much later from a guava tree in the backyard. He loved those type of pranks, hiding away on another occasion in a Grand Piano at a dance party.

Important decisions affecting his wellbeing were often taken on the spur of the moment. Driving once between Oudtshoorn and George, puffing away at cigarette after cigarette and with me nagging about his smoking, he shouted “okay I’ll give up”, rolled down the car’s window and hurled the carton of Stuyvesant into the Outeniqua Pass. And that’s the last time I saw him light up a fag! And he stopped eating red meat after observing in a restaurant how differently a bunch of rib eaters behaved compared to a table of vegetarians!

His focus was always disadvantaged people of colour even in religious organisations in which he was involved. Born out of the Muslim Assembly, he played a key role in the launch of the Community Action Trust (Commat) which saw monies from the popular Athlone Fair fundraiser being diverted to broad-based community projects. Jakes Gerwel chaired Commat.

In his final days on the Bench, it was the very high incidence of alcohol abuse in cases which he heard that pre-occupied his time and his representations to government.

Essa walked tall for his sacrifices for ongoing change in our country, will be a beacon of unscrupulous honesty and integrity and leaves a very rich legacy of selfless service for disadvantaged people.