Boys in a Thai Cave: The Positive Power of Globalism 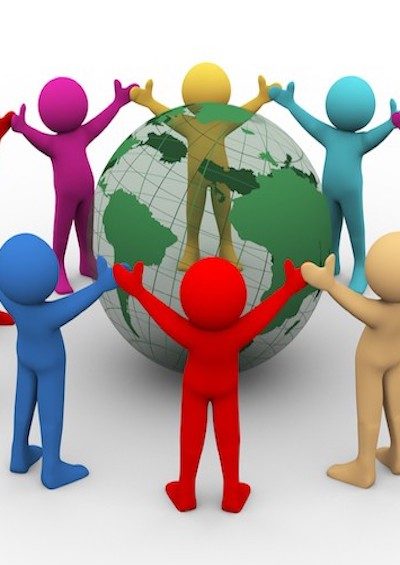 The events near Chang Rai powerfully underscore that a “global community” very much exists – and that it can have very positive effects on the lives and well-being of people.

It is often, falsely and cynically, argued that there is no such thing as a “global community.” The events near Chang Rai – with 12 boys from a local football team and their coach trapped in a cave – powerfully underscore two facts-of-life we would do well to remember.

First, a global community very much exists. And second, it can have very positive effects on the lives and well-being of people. After all, the mission resulted in the rescue of all those who were feared lost.

This is not to say that local and national authorities in Thailand did not do their utmost to rescue the boys. They did, foremost among them the Thai Navy Seals.

But their efforts would very likely have been in vain had it not been for an immense – and immensely impressive – array of people and specialists pulled together, often on a volunteer basis, from all corners of the globe.

The list of nations involved prominently includes, among others, the United Kingdom, the United States, Australia, Israel, China, Finland, Japan and Germany.

While many of the international coordination took place at the official level, such as the deployment of 36 U.S. military personnel from the U.S. Pacific Command, many others of this gigantic international effort came together because of a private network of experts that extended the globe.

One of the most prominent volunteer organizations in this private network that played a critical role in this endeavor was the British Cave Rescue Council, whose members according to their website “promote the exchange of information between member rescue organizations and provide a common voice for them.”

Some 90 divers participated in Chiang Rai, 50 of them foreign. Of the 18 divers who were selected to rescue the boys and their coach, 13 were foreigners and 5 were part of the Thai Navy Seals, active and retired.

Two of the world’s best cave divers, the British John Volanthen and Rick Scanton, were the ones who discovered the boys and their coach on July 2.

Those British divers also called a fellow Australian to join them. Richard Harris, an anesthetist, is not only one of the most experienced cave divers in the world, but also brought much needed medical expertise directly to the boys.

Ivan Karadzic, a professional diving instructor from Denmark, who runs a diving school in Thailand also joined them as did Finnish diver Mikko Baasi, who flew in from Malta, where he too has a diving school.

He left Malta on his 8th wedding anniversary. Thai-based Israeli diver Rafael Aroush joined as did German cave diving expert Nick Vollmar, who is a paramedic and firefighter.

The camp of volunteers and military personnel reached some 2,000 people near the cave site. A Thai pig farmer, who lives some thirty kilometers away, joined the camp and cooked non-stop from 6 AM until midnight each day. By his own estimation he made some 400 meals during each shift, providing much of the food himself.

Over more than two weeks, the rescue team built a drainage system to pump as much water out of the cave as possible within a matter of days. They drilled holes into the area where the boys were found to increase the oxygen level there, which had fallen to 15% (21% is normal).

They also installed a guide rope along the treacherous path that would lead the boys, their coach, and the rescue team to eventual safety.

But there was also a need for communication technology. Cell phones or regular military radios would not work inside the cave due to the rock formations and because such equipment either needs to be in line of sight or operate through a connector, such as a cell phone tower or central station. None of this is works in a cave.

Enter: Maxtech Networks. This Israeli technology firm has developed radios that operate in unfriendly terrain and can directly communicate with each other.

Regular radios, for example, have to operate from one to another. Maxtech Networks has developed algorithms and software that allow radios to find different ways of communicating with each other, even if one or several radios of the network fail and to do so without a central connector.

Seventeen such radios were dispatched to Thailand together with a Maxtech engineer who trained the rescue team on their usage. All free of charge. The criticality of communication in this incredibly complicated mission cannot be overstated.

The power of globalism

What all of this goes to show in the most powerful fashion is that those who propose that “global” forces are by their very nature bad – and that only national, if not local forces are to be trusted simply have things wrong.

There is no good/bad dichotomy here. It is all a matter of arranging a proper form of globally connected thinking and acting that makes a difference. That is the power of globalism.

Those who often – loosely and deliberately misleadingly – talk about “globalist elites” do not comprehend the real meaning and mission of globalism.

It certainly isn’t a sign of a “globalist” attitude to abuse much, if not all of the global economic power structure for the benefit of a narrow plutocratic elite that exploits the global system solely for its own crass and often wholly illegitimate (not to speak of undemocratic) self-enrichment.

The people who engage in such actions – and their plentiful enablers in the legal, accounting and banking professions – aren’t “globalist” elites. They are rapacious elites.

Properly understood, globalism is the art of seamlessly lining up a potent mix of local, national and global forces to achieve outcomes that localities and nations cannot achieve by themselves.

That effort has nothing to do with “do goodism” at the expense of local and national-level forces. As the Thai cave rescue effort so potently shows, globalism is a force multiplier with very positive effects, not a zero- or negative sum force aimed at paralyzing or disabling local and national forces.

People who in light of the Chang Rai episode still warn against such humanitarian globalism are not just utter cynics. All they demonstrate at best is their profound level of confusion about what is good and what is bad. At worst, they demonstrate a callous – and indeed inhumane – disregard for other human beings.

The global community very much exists. At the same time, there is no automatic mechanism to deploy it. It largely happens on a voluntary basis. But when it happens, it is a powerful and wonderful thing to see in action.

Or as German cave diver, Nick Vollmar, who joined the mission eloquently put it: “If we could cooperate globally in every aspect like we do here, almost all of our problems could be solved.”

This article was originally published by The Globalist. Click here for the original article