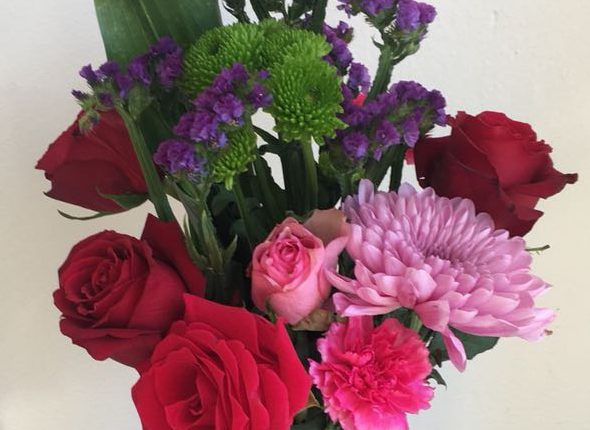 A wave of sadness is sweeping through the country. And that wave will grow with every hour that passes this week. Those who live on the side lines of our country and have little insight into what makes so many South African hearts tick, will react with surprise at the outpouring of grief we are about to witness.

Anyone who wants to understand what we have lived through need only study her life. It tells of a story of resisting those who were determined to lay a foundation of racial superiority and forcibly maintain its grip on every part of our daily lives. Those who believed in this philosophy used brute force to impose it.

She was a complex personality faced with complex challenges and through those she took some very wrong turns. Her actions and behaviour became completely at odds with her commitments and brought division amongst the anti-apartheid forces in the 1980s.

Through all of that, there was not once that she lost my sympathy. Her appearance at any point inspired such confidence and brought hope to many to continue the fight.

I empathised with her because I too had some experience of being a single mother and I too had faced the security police both inside detention and outside.

For 10 years, I was harassed, followed to work as a journalist, tortured, not allowed to travel, threatened with death repeatedly and I watched how my personality and whole being changed. When I observed her during those harrowing years, I recognised the inevitability of how she had hardened.

No human being can be abused and violated over and over and not toughen up. I was always so deeply conscious that my experience represented a tiny fraction of her total experience and my heart was with her.

In 1995, I interviewed Nelson Mandela after his first year in office. My interview with Madiba was carried abroad, but there was one British media house that asked me to focus the piece on Winnie. I understood that writing about her would earn me substantial pounds, but I was clear. I had made a decision never to be part of those who wrote about her purely for the sake of personal gain.

Not only did she have to face her daily personal difficulties as a mother and a woman bereft of her husband, she also had to bounce back into the public arena and lead in order to give confidence to those around her. And if you add to this the media barrage, this must have been an unimaginably difficult time.

Freelancers and other international journalists knew that writing about Winnie was their ticket to fame, and so they did. That is something they will need to live with.

They adored her but when she took one wrong step, her life was fair game.

The British public may just empathise when they consider that Winnie’s pressures were double-fold anything that Princess Di ever endured.

The change in our country today has come through the personal sacrifices of people like Winnie Mandela. She and others have faced the hard realities of our dysfunctional lives and daily made an effort to work at supporting everyone to bring change.

She did not ever decide that she did not like the evils of apartheid and thus move to Australia. She waded through the mud and compost that history heaped on her life, making every effort to find a way through it.

It’s fascinating to watch how some of our compatriots behave like spoilt children when faced with difficulties that collective living brings.

The dark side of South Africa affects everyone, but there are some who had it good for so long that they want to run away when reality descends.

Not Winnie. She stood tall then and stands tall now even in death: Tall and fearless. Winnie was a leader who was comfortable with the poorest of the poor and easily engaged the richest of the rich. She did not hesitate to step in when she saw any injustice. She will be honoured as one who helped turn the tide when her husband was sadly locked away for 27 years. Those who were with her in the trenches understand, as Mandela understood, that it was their bravery that knocked the final nails in the apartheid coffin.

Sadly there are both local and international interests that try very hard to explain the defeat of racial superiority flowed from Nelson Mandela’s magic wand. They are so wrong.

Millions of ordinary South Africans were led by people like Winnie to bring about the defeat.

Unfortunately today we still live with the tragic effects of apartheid. Separate group areas trap us in our little boxes. Every day we are reminded that apartheid has bequeathed this hateful legacy. It always catches me by surprise when former apartheid leaders think they have the right to pontificate about things that go wrong today.

If I were them, I would bow my head in shame and remember the enormous damage they have done. It would be helpful if they choose to become involved in public life to foster genuine restitution.

It would be helpful if they acknowledge that they subjected Winnie to cruel and unusual punishment over decades.

For now we reflect on Winnie’s central legacy. She remained focused. She stood as an equal alongside male leaders. She was fearless and she gave us the fortitude to believe that a fair and kinder South Africa was possible.

The sad thing is that she did this at great personal cost. And what she endured should never be forgotten and for now I find it impossible to forgive.

– Zubeida Jaffer is an award-winning veteran journalist and author based as writer-in-residence at the Department of Communication Science, University of the Free State. She is the founder of The Journalist.

*This article first appeared on The Journalist. Read the original article here.